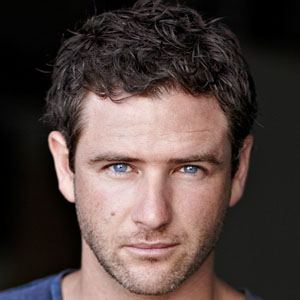 Known best for his role as Hugo Austin in the 2009 to 2010 season of the popular Australian soap opera Home and Away, Curry is also famous for playing Luke Handley in the 1995 to '96 season of Neighbours. In addition, he appeared in ten episodes of Out of the Blue and in three episodes of Pretty Little Liars.

At the age of twenty-one, he made his television debut as a member of the Neighbours cast.

He hosted Seasons one through four of Beauty and the Geek Australia.

He was born and raised in Melbourne, Australia, and he later lived in Sydney with his wife Sonya Bohlen.

He appeared with Tom Berenger in a 2002 made-for-TV movie titled Junction Boys.

Bernard Curry Is A Member Of