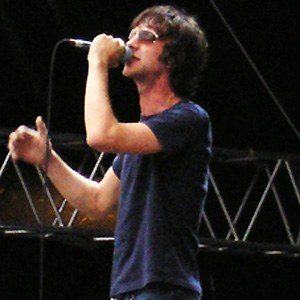 He attended Up Holland High School.

He made a live appearance at London's Royal Albert Hall as part of the 3rd Annual Teenage Cancer Trust charity fundraising event.

He married Kate Radley, former member of Spiritualized, in 1995. The couple has two sons: Sonny and Cassius.

Richard Ashcroft Is A Member Of