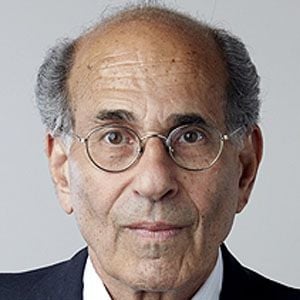 Renowned molecular biologist who won the 2004 Nobel Prize in Physiology or Medicine for his work on the olfactory system. Among his achievements is the discovery that there are around one thousand olfactory receptor genes in the genome of mammals.

He was a basketball player at Stuyvesant High School.

In 2007, he received the Cold Spring Harbor Laboratory's Double Helix Medal for his contributions to the field of genetics.

He was married to social worker Ann Axel before marrying scientist Cornelia Bargmann.

He shared the 2004 Nobel Prize in Physiology or Medicine with his colleague, Linda Buck.

Richard Axel Is A Member Of