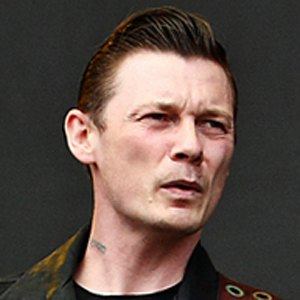 Bassist who's best known as a member of prominent rock bands Stereophonics and The Feeling.

He attended the BRIT School in Croydon.

He's toured as a member of his wife's band from 2001-2003 to promote her double Platinum selling album Read My Lips.

He married pop singer Sophie Ellis-Bextor in 2005. They have children named Sonny, Kit, Ray and Jesse.

He performed at the closing ceremony of the 2012 Olympic Games with Ed Sheeran, Nick Mason and Mike Rutherford.

Richard Jones Is A Member Of