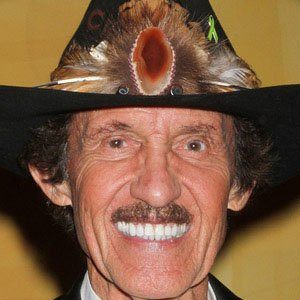 NASCAR driver who won the Daytona 500 seven times over the course of his legendary career. His racing team Richard Petty Motorsports became one of the most successful teams on the circuit.

He grew up with racing, as his father was a champion racer himself.

He was known as The King and became a 7-time Winston Cup Series Champion.

He had four children, including NASCAR driver Kyle Petty, with his wife Lynda.

He gave a voice cameo in the movie Cars with Jay Leno.

Richard Petty Is A Member Of