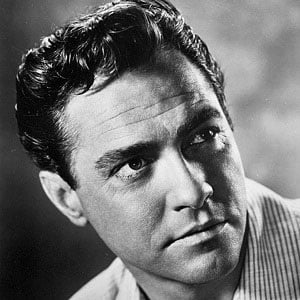 Remembered for his work on both stage and screen, he rose to fame after starring as Yank in the London stage production of The Hasty Heart and subsequently earned an Oscar nomination for his reprisal of the role in the 1948 Warner Brothers adaptation of the play.

He participated in the D-Day landings of 1944 as a captain in the British 6th Airborne Division. He later appeared in The Longest Day, a war movie depicting the historic event; interestingly, he did not play himself (though he was a character in the film), but rather portrayed Major John Howard.

The son of doctor and professional rugby player Andrew William Palethorpe Todd, Richard Todd spent his youth in Ireland, India, and England. Through marriages to Catherine Grant-Bogle and Virginia Mailer and a relationship with Patricia Nelson, he fathered four sons and one daughter.

Todd was the original choice for the James Bond role in the 1962 film Dr. No; however, scheduling difficulties resulted in the re-casting of Sean Connery.

Richard Todd Is A Member Of