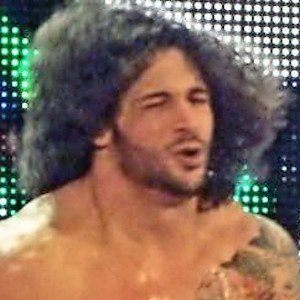 Professional wrestler known as Ricky Ortiz who wrestled for ECW and Smackdown from 2008 to 2009. He'd previously played professional football in the NFL, AFL, CFL, and XFL.

He attended Glendale Community College before transferring to the University of Tulsa to play football. He spent the 1998 season with the Kansas City Chiefs.

He won an Arena Bowl while with the Colorado Crush in 2005. He's also appeared on the reality show Cha$e.

He competed with Evan Bourne while in the ECW.

Richard Young Is A Member Of