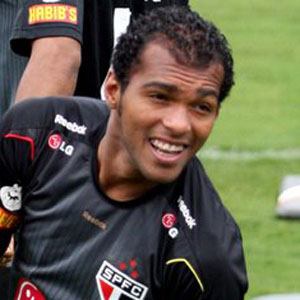 Brazilian soccer player known as a defensive midfielder for clubs like Sao Paulo and Atletico Mineiro. He has won titles with both teams, including three straight Brazilian League titles with Sao Paulo from 2006 to 2008.

He had a breakout 2007 in which he was awarded the Silver Ball and was named to the Serie A Team of the Year.

He has a brother named Alecsandro, who was his teammate at Atletico Mineiro.

He and Neymar are both recipients of Brazil's Silver Ball award.

Richarlyson Is A Member Of