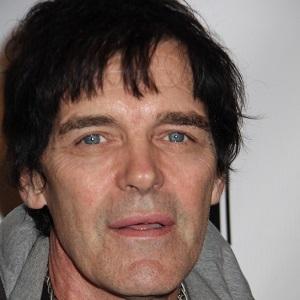 Drummer best known for his years as a member of the seminal punk rock band The Ramones. He joined in 1982 and recorded three albums with the band: Too Tough to Die, Animal Boy and Halfway to Sanity.

He was born in Passaic, New Jersey and was previously a member of the band Velveteen.

He is the only Ramones drummer to have written and composed songs in their entirety, including "Somebody Put Something In My Drink."

He was married to Annette Stark from 1987 to 2010. His real name is Richard Reinhardt.

He replaced Marky Ramone as the drummer for The Ramones.

Richie Ramone Is A Member Of