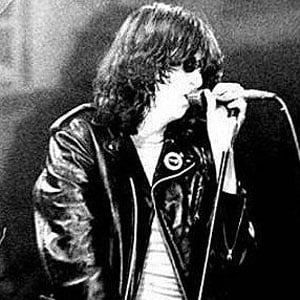 Vocalist and guitarist who led the punk rock band The Ramones, known for songs like "Blitzkrieg Bop" and "I Wanna Be Sedated."

He was diagnosed with OCD at the age of eighteen. His band before The Ramones was called Sniper.

He was involved with the group Artists United Against Apartheid.

He was born to parents Charlotte Mandell and Noel Hyman. He had one brother, Mickey Leigh. His childhood girlfriend, Linda, later married his bandmate Johnny Ramone.

His idol was Pete Townshend.

Joey Ramone Is A Member Of