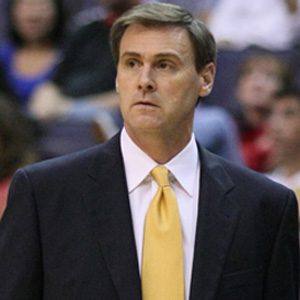 Former NBA forward who became head coach of the Detroit Pistons, Indiana Pacers and Dallas Mavericks. He led the Mavericks to the franchise's first ever NBA Championship in 2011.

He played college basketball at the University of Maine.

He married his girlfriend Donna Nobile in 2000; they welcomed a daughter named Abby in 2004.

He and Dirk Nowitzki brought a championship to Dallas in 2011.

Rick Carlisle Is A Member Of