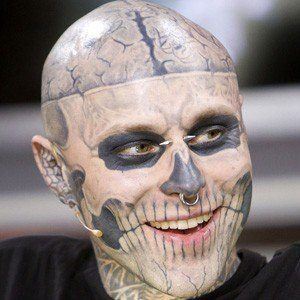 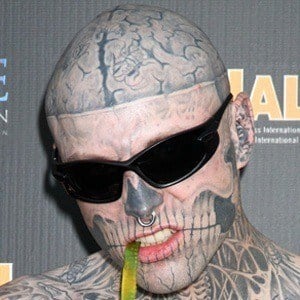 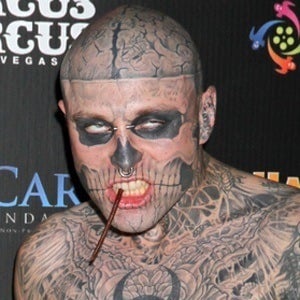 Canadian artist and model who tattooed skeletal images all over his body after he was diagnosed with a brain tumor. He became known as Zombie Boy.

He survived surgery for a brain tumor and embraced a lifestyle of vagrancy and hitchhiking before deciding to cover his body with tattoos.

He promoted Dermablend makeup products, appearing in an advertisement where his tattoos were covered by the product.

His family was residing in Quebec, Canada when he was born.

He and Lady Gaga appeared together in a 2011 fashion show, and Genest was also a featured performer in her "Born This Way" music video.

Rick Genest Is A Member Of