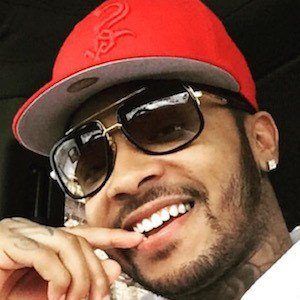 Chicago-based tattoo artist who became the protagonist of the VH1 reality series spin-off Black Ink Crew: Chicago. He is the owner of the tattoo shop 9Mag.

He opened his 9Mag shop in honor of his sister Nova and 10-month-old niece Ava, who were tragically murdered by Nova's ex-boyfriend Fredrick Goings in 2009.

He searches for deeper meanings behind traditional Japanese tattoos because of his part-Japanese heritage.

He was raised alongside his sister Nova. He has a son named Mason with ex-girlfriend Rachel Leigh.

Ryan Henry Is A Member Of