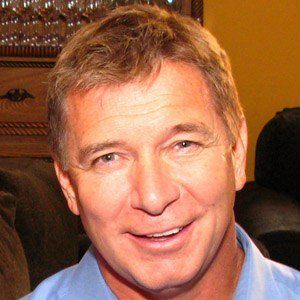 Canadian athlete confined to a wheelchair who went on to win three gold medals in the Paralympic Games and was one of the final torchbearers in the 2010 Winter Olympics.

He was paralyzed at age 15 when his friend crashed his pickup truck into a tree, throwing Hansen from the bed of the truck.

In his career, he won 19 international wheelchair marathons.

He married Amanda Reid, his former physiotherapist, and they had three daughters: Alana, Emma, and Rebecca.

Inspired by Terry Fox's run across Canada to raise awareness for cancer research, Hansen circled the entire planet in his wheelchair and raised more than $26 million for spinal cord research.

Rick Hansen Is A Member Of