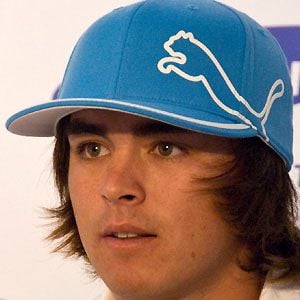 He posted the best score at his home course in Murrieta as a freshmen in high school. He attended Oklahoma State University.

In 2012 he earned his first PGA Tour win, defeating Rory Mcllroy in a playoff at the Wells Fargo Championship.

He was born to Lynn and Rod Fowler and has a sister named Taylor.

He was selected by fans to be featured alongside Tiger Woods on the cover of the video game Tiger Woods PGA Tour 13.

Rickie Fowler Is A Member Of