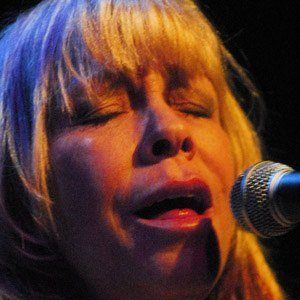 Award-winning musician and singer-songwriter who was named the Best New Artist at the Grammys in January 1980.

She enrolled in Santa Monica College and studied anthropology and music.

She married Pascal Nabet Meyer in 1988.

Her self-titled album featured an appearance by Randy Newman.

Rickie Lee Jones Is A Member Of