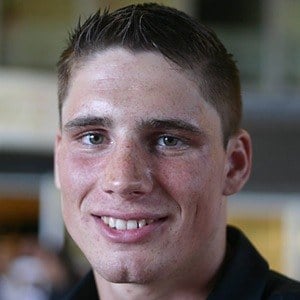 Glory Heavyweight Champion who ranked as the #1 heavyweight in the world by numerous kickboxing sources. He has competed as part of the K-1, It's Showtime and SUPERKOMBAT promotions.

He won his first and only pro boxing and pro mixed martial arts matches, both by knockout.

He was born in Bergen op Zoom, Netherlands. He was trained in martial arts by his father who earned a black belt in karate. He and his wife Jacky Duchenne have daughters named Mikayla and Jazlynn.

He landed a role in the film Kickboxer: Retaliation, starring Jean-Claude Van Damme.

Rico Verhoeven Is A Member Of