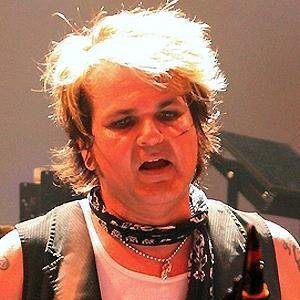 Drummer for the glam metal band Poison who has appeared on other albums, including Britny Fox's record Bite Down Hard.

He worked as a medical technician and a lifeguard, as well as a hairdresser and EMT. He went on to co-found Poison.

He released a solo album called Glitter 4 Your Soul.

He married Melanie Martel in October 2008. They have a daughter and a son.

He performed in Poison with Brett Michaels.

Rikki Rockett Is A Member Of