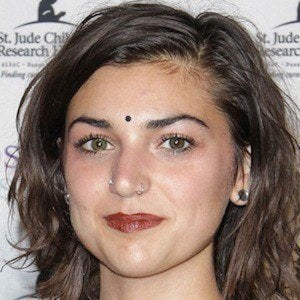 One of two daughters of actor David DeLuise and Brigitte DeLuise who would appear alongside her father in 1998's Hairspray.

As a baby, she was featured in the movie SeaQuest 2032 with her uncles Michael DeLuise and Peter DeLuise.

She, her uncle Michael, and her grandmother Carol Arthur all share the same birthday.

She has a younger sister named Dylan DeLuise.

Her grandfather is Dom DeLuise.

Riley DeLuise Is A Member Of