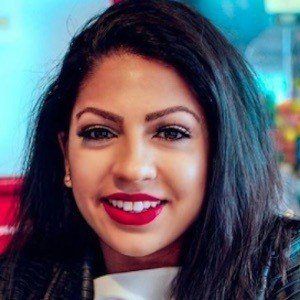 YouTuber who has attracted a subscriber base totaling more than 2.3 million to her joint channel, Dan and Riya. Her channel is famous for its comedy sketches, reaction videos, taste tests, challenges and more.

She grew up in Canada and met Dan when she was in fourth grade. She began appearing on Dan and Riya in March 2014.

She has a sister named Kiran.

She is best friends with Dan Kipnis, whom is her co-star on Dan and Riya.

Riya Malik Is A Member Of