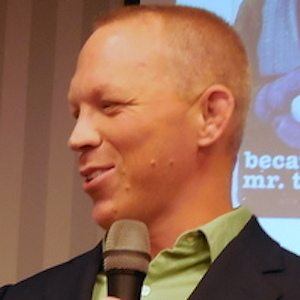 Award-winning children's book author most well known as the mind behind the Mr. Terupt novel series. His debut novel, Because of Mr. Terupt, won the E.B. White Read Aloud Award in 2011.

It was while teaching at an elementary school that he realized in order to teach reading and writing he needed to read and write himself. This eventually evolved into short story writing before he graduated to novels.

He spent more than a decade as a teacher, first in elementary school and then high school before becoming an author. While teaching high school, he was also a wrestling coach.

He settled with his wife and three daughters in North Andover, Massachusetts after he began working as a full-time author.

Like Rebecca Stead, he is a prominent children's novelist.

Rob Buyea Is A Member Of