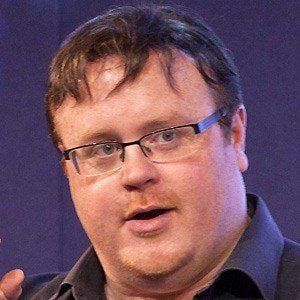 Winner of the Red House Children's Book Award for his first title in the popular Skulduggery Pleasant series. He was also the two-time recipient of the Irish Children's Book Award. His numerous fantasy novels include The Faceless Ones, Playing with Fire, and Dark Days.

He daydreamed in grade school of monsters and heroes. He later studied animation at Ballyfermot College for a brief time.

He grew up in Lusk, near Dublin, Ireland. His mother is Barbara Hughes. He worked for a time on a farm owned by his parents.

Derek Landy Is A Member Of