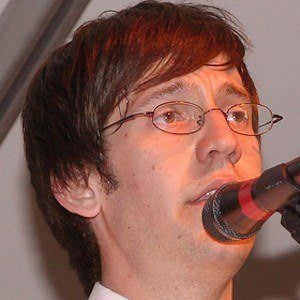 Famous for his membership in the band Tally Hall and for his solo album Not a Trampoline, he is also known for his popular YouTube music channel, which had 100,000 subscribers and 25,000,000 views by early 2015.

His debut album, Not a Trampoline, features the tracks "Ghost," "Flamingo," "La Telenovela," and "Old Bike."

A native of Detroit, Michigan, he later lived and worked in Los Angeles, California.

In 2012, Cantor released two celebrity-inspired singles on iTunes: "Shia LaBeouf" and "Christian Bale Is At Your Party."

Rob Cantor Is A Member Of