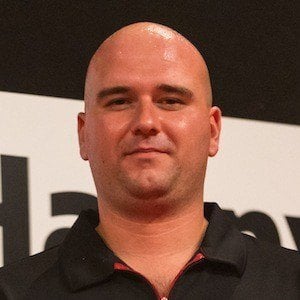 Professional darts player whose meteoric rise to the top of the sport made him an instant legend in the darts community. He won the 2018 PDC World Darts Championship just 11 months after turning professional.

He was an electrician before becoming a professional darts player, earning him the nickname "Voltage."

He married a woman named Georgia, with whom he has children named Leyon, Imogen and Madison.

He defeated Phil Taylor, widely considered the greatest darts player of all time, at the 2018 PDC World Darts Championship.

Rob Cross Is A Member Of