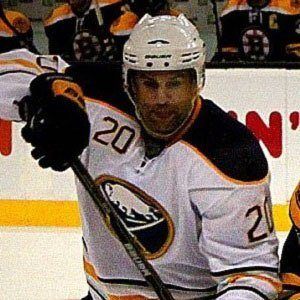 He was selected fifth overall in the 1993 NHL Draft by the Panthers.

In 2001, he was dealt from the Panthers to the Calgary Flames in a trade that sent Valeri Bure and Jason Wiemer to Florida. He'd spend less than two years in Calgary before another trade sent him to Anaheim.

In the 2003 Stanley Cup Finals, his Ducks were defeated by the New Jersey Devils and their star defenseman Scott Niedermayer, Rob's older brother. The two Niedermayers would later join forces as Rob signed a contract with the Ducks in 2005. They'd play alongside each other in Anaheim until 2009, winning the 2007 Stanley Cup together.

He and goaltender John Vanbiesbrouck helped lead the Panthers during their unlikely run to the Stanley Cup Finals in 1996, but Joe Sakic and the Colorado Avalanche proved to be too tough, sweeping the Panthers 4-0.

Rob Niedermayer Is A Member Of