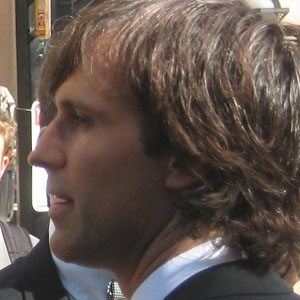 NHL defenseman who won every major North American and international championship, from Junior League to the World Cup. He won three Stanley Cup Championships with the New Jersey Devils and a fourth with the Anaheim Mighty Ducks.

He was drafted by the New Jersey Devils out of the Western Hockey League.

He joined the Anaheim Ducks as a coaching assistant after the 2012 NHL lockout.

His brother, , and cousin, Jason Strudwick, both played in the NHL.

He was teammates with Teemu Selanne on the Anaheim Ducks Stanley Cup-winning team in 2007.

Scott Niedermayer Is A Member Of