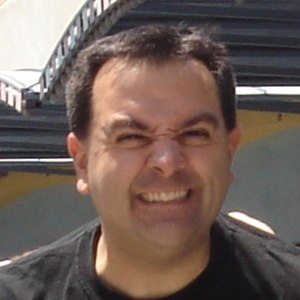 YouTube reviewer best known as the captain of Theme Park Review, a YouTube channel specializing in roller coasters and theme parks. The channel has accumulated more than 1.6 million subscribers to accompany the following on his blog. He also has his own self-titled YouTube channel for vlogs and game videos.

He worked extensively as a video game producer, working on projects like Aladdin, The Lion King, and Mall Tycoon.

Many of his most popular YouTube videos, including "Sky Scream Roller Coaster POV Premier Launched Ride Holiday" have accumulated tens of millions of views.

He and his wife Elissa have appeared in documentaries for channels like TLC and the Travel Channel.

He has often reviewed the Disney theme parks, originally an invention of the late Walt Disney.

Robb Alvey Is A Member Of