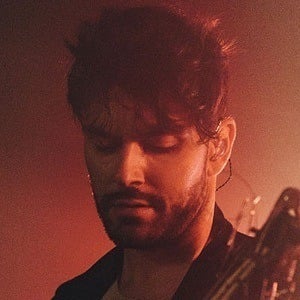 Singer and multi-instrumentalist known as a member of the indie band Milo Greene. The band debuted in 2012 with their self-titled album.

An alumni of University of California, Irvine, he started Milo Greene in 2009 with several of his college friends.

A film fanatic, he began Milo Greene as a way to create music for movies and television. Some of his original work has been featured in films like Fun Size and on shows like Conan.

In February 2017, he began dating Avengers: Age of Ultron star Elizabeth Olsen. The couple got engaged in 2019.

Milo Greene has twice appeared on Last Call with Carson Daly and performed on Late Show with David Letterman and The Tonight Show with Jay Leno.

Robbie Arnett Is A Member Of