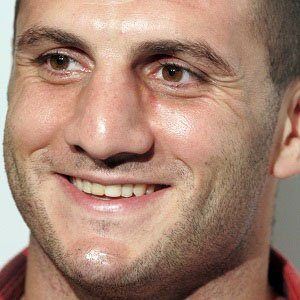 Professional rugby player who is known for being the captain of the Wests Tigers club of the National Rugby League. He won the 2005 NRL Premiership with the Wests Tigers.

He toured with a the Australian Lebanese team in 2002 when he was 18 years old.

He graduated from the University of Sydney with a Bachelor of Economics degree in 2010.

He was one point behind Player of the Year winner Jonathan Thurston in 2007.

Robbie Farah Is A Member Of