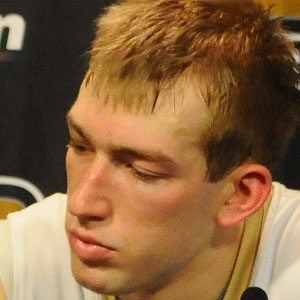 Sharp-shooting wing who made his NBA debut in 2013 for the Minnesota Timberwolves.

He had a roller-coaster career at Purdue University, where he was a three-time All-Big East firs team selection, but also tore his ACL twice.

In between being drafted by the Timberwolves in 2012, and debuting for the team in 2013, he played for Obradoiro CAB in the Spanish Liga ACB.

When he debuted for Minnesota in 2013, he joined a rookie class that included Shabazz Muhammad.

Robbie Hummel Is A Member Of