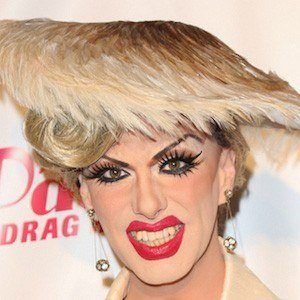 Season eight contestant on the reality show RuPaul's Drag Race whose real name is Jeremy Baird. She finished in 7th place on the show.

She was previously a competitive skater.

Seattle Magazine named her one of Seattle's "most fashionable people" in 2010. She earned a headlining gig called The Robbie Turner Revue at the Hard Rock Cafe in Seattle. She was cast in a web series called Capitol Hill.

Her hometown is Seattle, Washington.

Drag inspirations of hers include Norma Shearer and her drag mother Dolly Parton.

Robbie Turner Is A Member Of