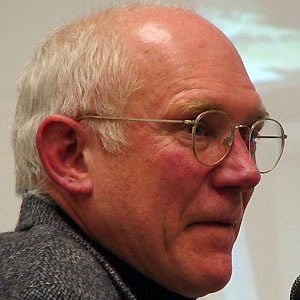 A Canadian writer, poet, translator and typographer, he is best known for his 1992 work, The Elements of Typographic Style. His numerous poetry collections include Ursa Major (2003) and Tending the Fire (1985).

His fascination with the native Haida culture in America's Pacific Northwest region led him to write his controversial work, Masterworks of the Classical Haida Mythtellers.

He married Jan Zwicky, a Canadian poet, musician and philosopher.

His writings on Haida culture were praised and defended by the poet and author, Margaret Atwood.

Robert Bringhurst Is A Member Of