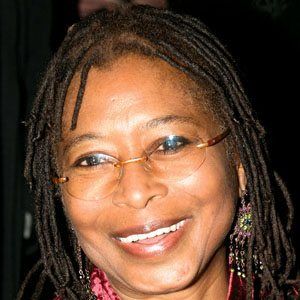 African-American poet and author who is best known for her Pulitzer Prize and National Book Award-winning novel, The Color Purple. Her other literary works include Meridian (1976) and Revolutionary Petunias and Other Poems (1973).

She began writing at age eight and completed her first book of poetry while she was a student at Sarah Lawrence College. She worked as an editor for Ms. magazine before moving to California in the 1970s.

She met Martin Luther King, Jr. in the early 1960s and worked in Mississippi as a Civil Rights activist.

She was born one of seven siblings to Willie Lee Walker and Minnie Lou Tallulah Grant. In 1967, she and Melvyn Roseman Leventhal became the first interracial couple to legally marry in the state of Mississippi. They divorced in 1976. Her daughter, Rebecca Walker, is also a writer.

She was inspired by Civil Rights activist, Rosa Parks.

Alice Walker Is A Member Of