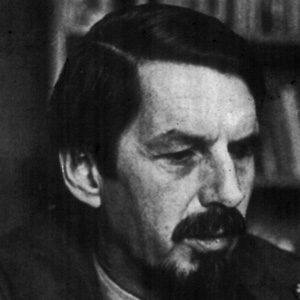 American poet, author, and professor who became known for a 1962 poetry collection entitled For Love. His more than sixty other works include A Form of Women, The Finger, and Corn Close.

He worked briefly as a New Hampshire chicken farmer before beginning his long-lasting teaching career.

He married Ann Creeley; the couple subsequently had three children.

He, like Charles Olson, was associated with a literary group known as the Black Mountain Poets.

Robert Creeley Is A Member Of