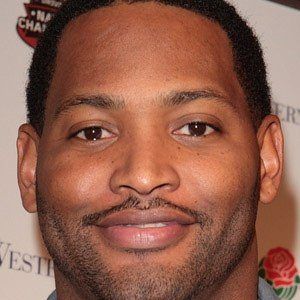 He played college basketball at the University of Alabama.

He became a sports commentator on Time Warner Cable SportsNet after retirement.

He nailed a 3 pointer at the buzzer over the outstretched hand of Chris Webber to defeat the Sacramento Kings in a legendary 2002 playoff game.

Robert Horry Is A Member Of