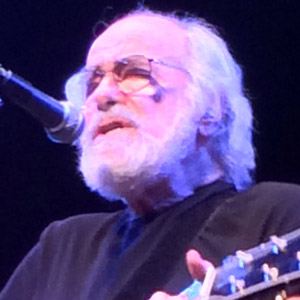 Guitarist and lyricist best known for his longtime collaboration with jam band The Grateful Dead. Though he did not normally perform live with the band, he co-wrote many of their most famous songs, including "Dark Star".

He was a voluntary "guinea pig" for the testing of psychedelic drugs at Stanford University in the early 60's.

He also worked closely with Bob Dylan, co-writing every song but one on the folk legend's 2009 album 'Together Through Life'.

His birth name was Robert Burns.

He was a childhood friend of Grateful Dead frontman Jerry Garcia.

Robert Hunter Is A Member Of