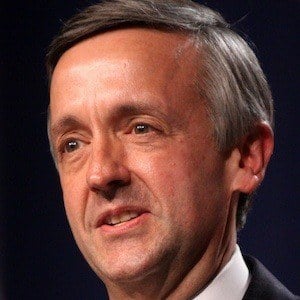 Pastor of the First Baptist Church, a megachurch in Dallas, Texas.

He obtained a BA from Baylor University in Waco, Texas in the mid 70's.

He has hosted the religious television program, Pathway to Victory, which airs on more than 1,200 stations across the country.

He has two daughters with his wife, Amy.

He made headlines in 2011 for saying that Mitt Romney's mormon beliefs contradict the teachings of Jesus.

Robert Jeffress Is A Member Of