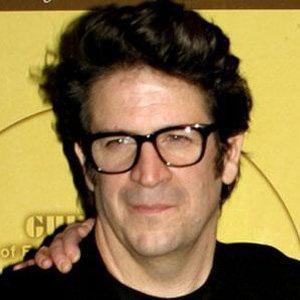 Painter who established his artistic reputation through his "Men in the Cities" series during the 1980s. He was also known for "Black Flags," "Bodyhammers," and the "Magellan" project of one drawing a day for a year.

He studied with sculptor Leonda Finke after dropping out of the University of North Texas. He secured a grant that then enabled him to study in Florence, Italy, at the Accademia di Belle Arti.

He was hired by Bottega Venetta, an Italian fashion label, to photograph models in poses similar to those found in his "Men in the Cities" series.

He grew up on Long Island and became fascinated with mass media at a young age. He married German actress Barbara Sukowa in 1994.

Robert Longo Is A Member Of