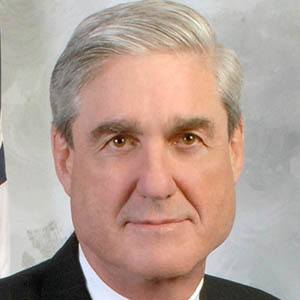 Republican attorney who served as the sixth Director of the Federal Bureau of Investigation. He is best known for being the head of the Special Counsel investigation of Russian interference in the 2016 United States election and Donald Trump personally for multiple counts of obstruction of justice.

He graduated from Princeton University and went on to serve as an officer of the Marine Corps during the Vietnam War where he earned the Purple Heart Medal. He then graduated from Law School at the University of Virginia which allowed him to serve as a United States Attorney, United States Assistant Attorney General, and U.S. Deputy Attorney General.

He has been awarded several honors for his military service including the Bronze Star (with valor), the Purple Heart Medal, the Navy Commendation Medal, the Combat Action Ribbon, and the South Vietnam Gallantry Cross.

He was born in Manhattan to his mother Alice and father Robert Jr. He grew up in Princeton, New Jersey with four younger sisters. He married Ann Cabell Standish in 1966. Together, they have two daughters and three grandchildren.

Robert Swan Mueller III Is A Member Of