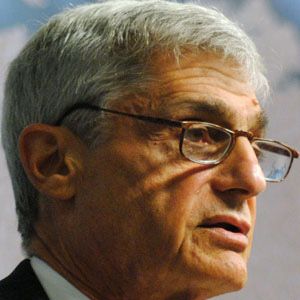 Former United States Secretary of the Treasury under President Bill Clinton from 1995 to 1999. He is also the founder of The Hamilton Project, an economic policy think tank.

He received his law degree from Yale Law School in 1964.

He has two sons with his wife Judith Oxenberg.

He was appointed the 70th United States Secretary of the Treasury by President Bill Clinton in 1995.

Robert Rubin Is A Member Of