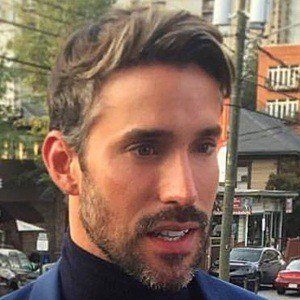 While earning his interior design degree from The Art Institute of Fort Lauderdale, he worked as an escort to pay his way through college under the pseudonym Vincent Romen.

An award-winning interior designer, he has worked with countless fashion houses from Polo Ralph Lauren to Kenneth Cole.

He is the grandson of Spanish immigrants. Born in Puerto Rico to Robert and Merly Sepulveda, he has an older sister named Jennifer.

He was the star bachelor on Finding Prince Charming, a show hosted by Lance Bass.

Robert Sepúlveda Is A Member Of