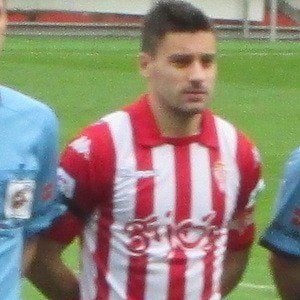 Professional left back known for being a fixture on Sporting de Gijón, both in La Liga and the Segunda Division. He's also spent time on loan to Deportivo la Coruña.

He played youth soccer with Alcava and Gijón and made his senior debut with Gijón's first team in 2006.

He grew up in the northern Spanish municipality of Laviana.

He and Carlos Carmona have played together on Gijón.

Roberto Canella Is A Member Of