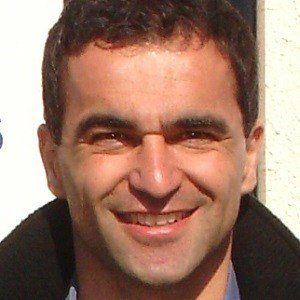 Former midfielder who played for seven different club teams in a career that spanned from 1993 to 2007. He became a manager after retirement, first coaching Swansea City and Wigan Athletic before taking over the reigns at Everton in 2013. In 2016, he began coaching for the Belgium Red Devils.

He began his youth career with Balaguer in 1982.

He married Beth Thompson in 2001. They have a daughter named Luella together.

He began coaching Phil Jagielka on Everton in 2013.

Roberto Martínez Is A Member Of