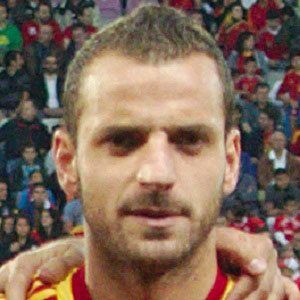 Soccer striker who won the Zarra Trophy as La Liga's top goalscorer with Valencia in 2012.

He began playing in Real Madrid's youth system at age 15 before being promoted to the B squad in 2002.

He joined Tottenham Hotspur in 2013 after three years with Valencia.

He grew up an only child in Valencia, Spain.

He rejoined David Villa on Spain's national team in 2012 after originally playing for the team in 2007 and deferring from participation for five years.

Roberto Soldado Is A Member Of