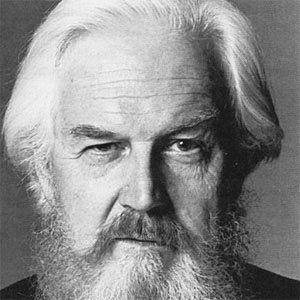 A Canadian novelist, playwright, journalist, and professor, he wrote The Deptford Trilogy, The Cornish Trilogy, and The Salterton Trilogy. He also published numerous essays, plays, and works of literary criticism.

After studying at Upper Canada College and Queen's University, he became the literary editor of Saturday Night magazine.

He was short-listed for the Booker Prize for Fiction for his 1985 work, What's Bred in the Bone.

He grew up in Ontario, Canada as the son of author William Rupert Davies. He later married Brenda Mathews.

Davies spoke out in support of Salman Rushdie when Rushdie was threatened by Ayatollah Khomeini.

Robertson Davies Is A Member Of