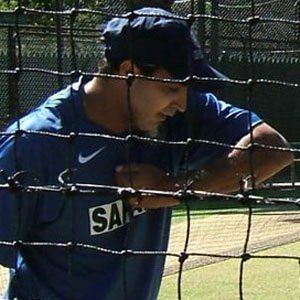 Regarded as one of the best Indian fielders of his day, all rounder for Tamil Nadu, and later the coach of the Mumbai Indians.

He played his early cricket in Madras and began his Tamil Nadu career during the 1981-82 season.

He was a key component in the Indian team that played in the 1999 Cricket World Cup.

He's of Kshatriya descent and was born to Ramnarine and Savitri Singh. He married Sujatha Singh.

He has represented India in the Cricket World Cup like batsman Suresh Raina.

Robin Singh Is A Member Of