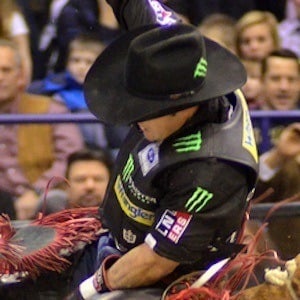 Bull rider whose victories at rodeos like the Jaguariúna Rodeo Festival made him one of the most recognizable in all of Brazil. In the 2000s, he moved to the U.S. to compete in Professional Bull Riders, where he has been ranked inside the top five.

He grew up working as a cattle farmer alongside his father and competed in his first rodeo at age 14.

He was a member of the Brazilian team which won the Professional Bull Riding World Cup in 2007.

He married a woman named Priscila, with whom he has children named Gabby and Mateus.

He and Adriano Moraes are both champion Brazilian bull riders.

Robson Palermo Is A Member Of