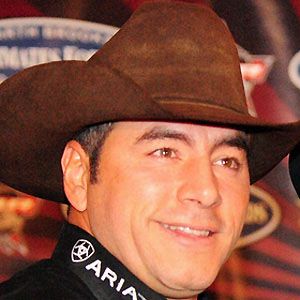 He started riding bulls at fifteen and competed in his first rodeo at seventeen.

In 1994, he became just the third rider in history to successfully ride all ten bulls at the National Finals Rodeo.

He has children named Jeremias, Victor, Antonio, and Pedro.

He and American rider Justin McBride are both PBR World Champions.

Adriano Moraes Is A Member Of