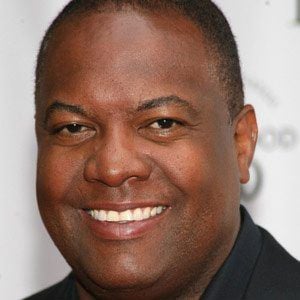 Former NFL quarterback who played for six separate teams over the course of his 16-year career which ended with the Carolina Panthers in 2004.

He finished second in Heisman voting in 1988 during his senior year at USC; the winner was the one and only Barry Sanders.

He was mostly a backup quarterback in the NFL and compiled 16,338 career passing yards with 76 touchdowns and 92 interceptions.

He married Holly Robinson Peete and he has a daughter, Ryan, and three sons, Roman, Rodney Jr., and Robinson James.

He married actress Holly Robinson Peete in 1995, who was best-known for her role on Hangin' with Mr. Cooper.

Rodney Peete Is A Member Of