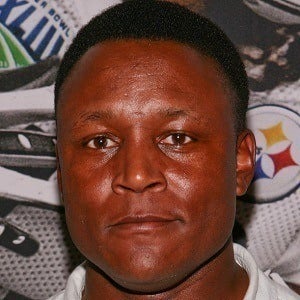 Legendary NFL running back who is widely considered the most talented rusher to ever play the game. He was the 1997 NFL MVP, a 10-time pro bowl selection and a 4-time rushing champion during his 10-year career, spent entirely with the Detroit Lions.

He won the 1988 Heisman Trophy while playing at Oklahoma State University.

His son Barry J. Sanders began his collegiate career as a running back with Stanford in 2012. He also has three other sons named Noah, Nicholas and Nigel.

At the time of his retirement, he trailed only the great Walter Payton in career rushing yards.

Barry Sanders Is A Member Of